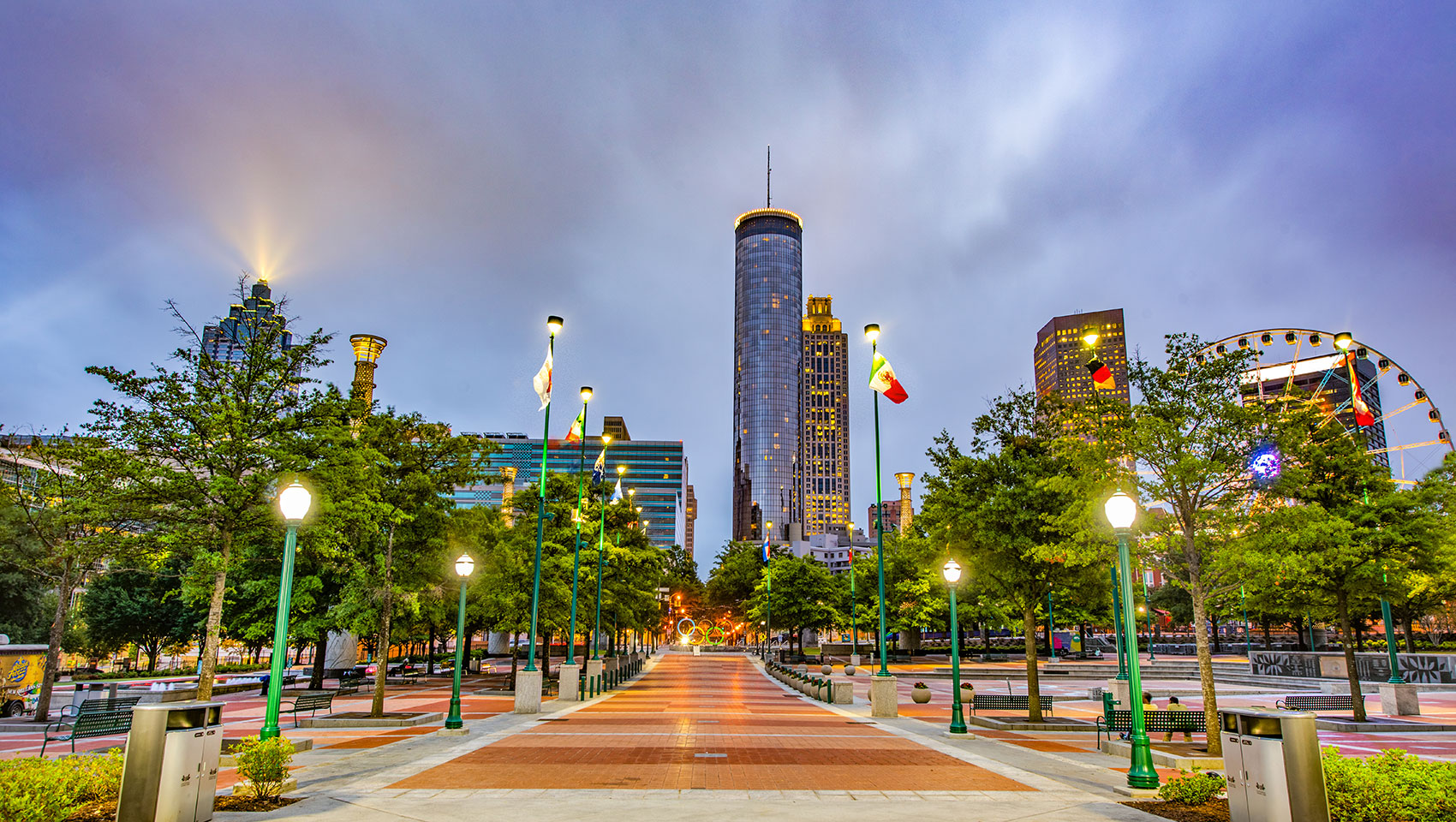 Living It Up in Downtown and Midtown

OUR HOTEL NEAR DOWNTOWN ATLANTA

We shine among hotels near Midtown Atlanta

From Kimpton Sylvan Hotel’s perch in Buckhead, Atlanta’s skyline stretches like a ribbon southward to Midtown and Downtown. The city’s spirit comes to life Downtown, beginning at Centennial Olympic Park, a 21-acre gathering spot for community events. From here you can visit the Georgia Aquarium, take an Inside CNN Studio Tour and ride SkyView Atlanta, a 200-foot-tall Ferris wheel. Catch the Atlanta Falcons or the Atlanta United playing at Mercedes-Benz Stadium, the first Platinum LEED stadium in the U.S.

Just up Peachtree Street you’ll find Midtown, the artsy heart of the city. This is where you’ll find Atlanta’s most concentrated collection of classic, contemporary and performing arts venues. There’s also green space galore, owing to the 200-acre Piedmont Park and the adjacent Atlanta Botanical Garden.

Branching out from Downtown and Midtown are Atlanta’s Eastside and Westside, each with its own eclectic mix of neighborhoods, art venues, shopping and diverse dining options